WHAT IT ALL MEANS - THE SCIENCE OF IT ALL 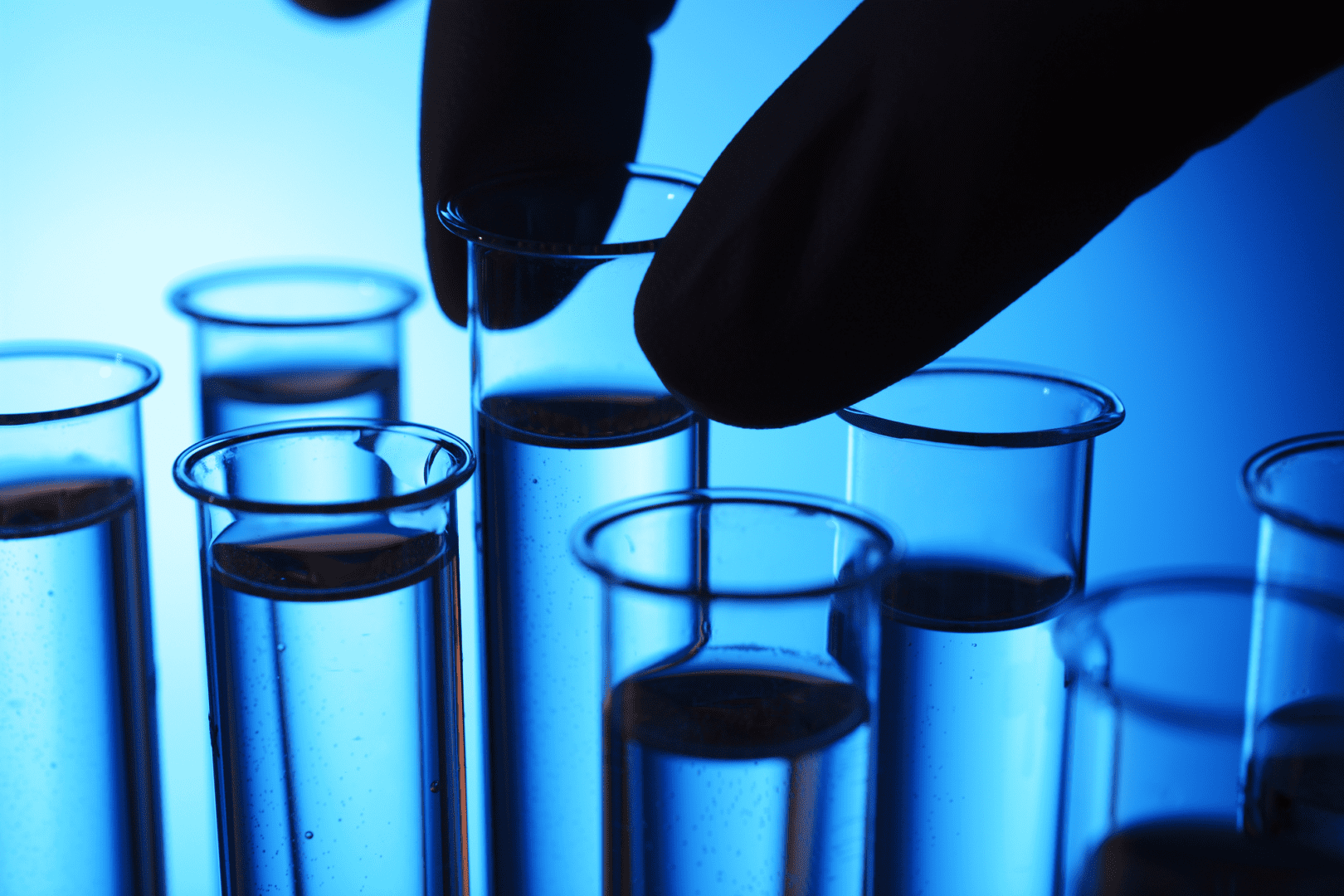 We know this is a lot of information, so we broke it into sections to help group it together.

These are published FACTS of how the tests work & how to interpret them.  Bring this information to your doctor if you have any positive bands, yet a CDC negative or inconclusive determination.  If your doctor just ran an ELISA, demand a Western Blot if Lyme disease is suspected.  NOTE: you can have negative tests & still have Lyme disease. The absence of enough antibodies to trigger a positive result does not mean the disease is not present.

The two most commonly used blood tests for confirming cases of Lyme disease are both based on a secondary marker: evidence of antibodies produced by the patient's immune system to the Lyme bacteria.

While a variety of direct tests for the presence of the bacteria exist, they have proven far less reliable in detecting Lyme disease on a consistent basis.

Antibody tests in general are imperfect, as well, because antibodies ebb & flow & there may not be enough of them in a serum (blood) sample to trigger a positive test at that time.   Because of this, the CDC has adopted a two-tier testing protocol as a result, although the use of the tests as a clinical diagnostic tool is neither recommended by the CDC nor relied upon by informed medical practitioners.

The ELISA (enzyme-linked immunosorbent assay) test starts with a specimen of whole Lyme bacteria that are mashed up with sound waves.  The patient's serum (blood) is mixed with the specimen to allow antibodies to bind to the bacterial proteins.  A second solution is added which changes color in the presence of the bound antibodies.  The intensity of color change is then converted into a number by measuring the amount of dilution required to make the color change reaction disappear.  Since bacteria share proteins & the test uses the whole bacteria, this test is known to have cross-reactivity with other bacteria related to the Lyme spirochete, on occasion resulting in false positive results.

The Western Blot technique is used as a more precise type of test (or as a follow-up to ELISA testing).  The proteins of the Lyme bacteria are separated with electricity according to their respective weights (measured in kilodaltons) & blotted unto a specimen sheet.  The patient's serum (blood) is then smeared unto the same sheet along with a color changing agent.  The antibodies bind to the proteins at specific locations & a resulting pattern of bands can be observed on the sheet.

While some of the proteins tied to specific bands have been identified, many details about most of the proteins have received little additional research.  The most studied bands are for outer surface proteins (Osp) A, B & C, which are represented by bands 31, 34 & the 21-25 range respectively.  With respect to immune response, OspA & OspB tend to be expressed during later stages of infection.  The previously approved Lyme vaccine was derived on the basis of OspA.  Band 39 corresponds to basic membrane protein (Bmp) A.

The CDC has set a threshold for 5 out of 10 IgG &/or 2 out of 3 IgM bands to confirm a case for their surveillance purposes.  Research on the test design suggests that only a few of the species-specific bands provide most of the specificity & sensitivity of the test.

Typically, the immune system produces IgM antibodies in the early stages of an infection & IgG antibodies as a later response.  In the case of Lyme disease, IgM antibodies may appear after several weeks & IgG antibodies thereafter.  However, not all patients will produce antibodies despite other objective evidence of infection, such as history of tick-bite and EM rash.  There are cases of persistent late-stage Lyme disease where IgM antibodies continue to be present long after the initial infection.  Some researchers argue that this might be a useful marker for disease persistence.

Most commercial tests rely upon a single strain of the bacterium, the B31 isolate from Shelter Island, New York. There is no comprehensive analysis on the geographic variability of Western Blot accuracy throughout the United States but it would be a fair assumption that accuracy would also decline with distance from New York.  Strains or species acquired when traveling may also elude tests calibrated for the local strain of the bacteria.  Research on serological testing in Europe has found a variety of regional rules for optimizing test sensitivity that are all different from CDC guidelines.

The tests assume that all patients will exhibit a consistent & persistent immune response from exposure to the Lyme bacterium.  The Lyme bacterium has evolved mechanisms that substantially vary its outer surface proteins, which hinders the effectiveness of the immune response, as well as confounding diagnostic tests based upon the production of specific antibodies.  The Lyme bacterium shuffles the components of its outer protein structure while in the mammalian environment to elude the attacks of the immune system.   Like with a deck of cards, it has the genetic material to assemble a myriad of combinations in its surface structure.

There are additional limitations to the ELISA & Western blot tests.   For those that produce persistent antibodies, the presence of those antibodies is an impediment to further testing should those patients become re-infected from another tick bite, suffer a relapse sometime after an apparently successful treatment, or continue to show longer-term symptoms from the initial infection despite treatment.

All of these limiting factors ultimately constrain the usefulness of serologic testing in a clinical setting.  Proper diagnosis of Lyme disease depends more on observed clinical symptoms, clinical history & the elimination of alternative diagnoses, supplemented by a more judicious interpretation of the serological test results than that specified by the CDC surveillance criteria.

THE FUTURE OF TESTING

This is the most promising new test currently available for Lyme disease.  There has been a robust validation study for this test published for early Lyme disease in 2015 & further validation is ongoing.  The basic premise of the test is that the Lyme bacteria sheds its surface protein & those protein fragments find their way into the urine of infected patients.  A short peptide fragment that is conserved across the genomes of various species & strains of the Lyme bacteria was isolated as the target for the test, making the test applicable to cases in Europe & parts of Asia, as well as those contracted in North America.

The difficulty of isolating the Lyme protein fragments from human urine was overcome with Nanotrap technology, which has also been successfully used in developing tests for malaria, tuberculosis, & ebola.  The nanoparticles are basically perforated spheres with holes small enough to keep out the bulk of proteins found in human urine & a chemical bait inside that pulls in the relevant bacterial protein.  The overall effect of using these nanoparticles is to significantly increase the concentration of the target bacterial protein (nearly 2700-fold according to the study) & consequently improve the sensitivity of disease detection.  A synthetic antibody is then used to detect the target peptide in an immunoblotting technique.

Unlike the ELISA & Western Blot tests, the detection is not attuned to the patient's antibody response, but to a direct by-product of the living bacteria & therefore, in principle, a positive result reflects active & concurrent infection.  The validation study yielded a positive result in 24/24 cases diagnosed with a classic EM rash & 0/117 control subjects.  As patients' symptoms abated with antibiotic treatment, the test also turned negative in 8/8 patients.  The remaining 16 patients that continued to exhibit objective symptoms of Lyme disease were still positive on the urine test.  The test was also administered to 100 patients who had been previously treated with antibiotics but continued to have chronic symptoms such as arthralgia, neuro-cognitive impairment, or fatigue but lacked a CDC positive Western Blot result at the time the urine test was administered.  In this cohort, 41 patients were positive for the Lyme bacteria protein in their urine.

The study design for this test was quite robust, including the elimination of false positives that could be induced by cross-reactivity with some component of healthy human blood or a protein from another pathogen (specifically Bartonella henselae, Babesia microti, Epstein-Barr virus, Herpes Simplex virus-1, Cytomegalovirus, & Hepatitis C virus).  Given the specificity & sensitivity achieved in the test, the 41% rate of detection in patients with chronic symptoms is suggestive that clinical symptoms in those cases may be linked to the continued presence of the Borrelia bacteria.  Further validation is needed for widespread adoption of this test, but this has the potential to be a revolutionary diagnostic tool for borreliosis.